As we draw nearer to Halloween, it is perhaps appropriate to relate one of the oldest vampire tales in European folklore, coming as it does from one of the rugged archaic castles that perch in the Pyrenees.

Surprisingly, Spain is not rich in vampire-lore, although of course it certainly is wealthy in many other areas of legends and tales so this story can be counted as a rare exception!

The legend tells of a certain Count Guifredo Estruch, who lived during the 12th century when there was still a Muslim presence in the south of Spain. The king of Aragon at the time, Alfonso II, was very worried about a collection of pagans in Emporda (Catalonia), who he feared might be tempted to ally themselves with the Muslims and create some rather serious problems for him. To prevent this, he decided to send Count Estruch, a noted war hero (allegedly), to occupy a castle in the region (Castle Llers, sadly destroyed during the Civil War) and convert the pagans to Christianity. 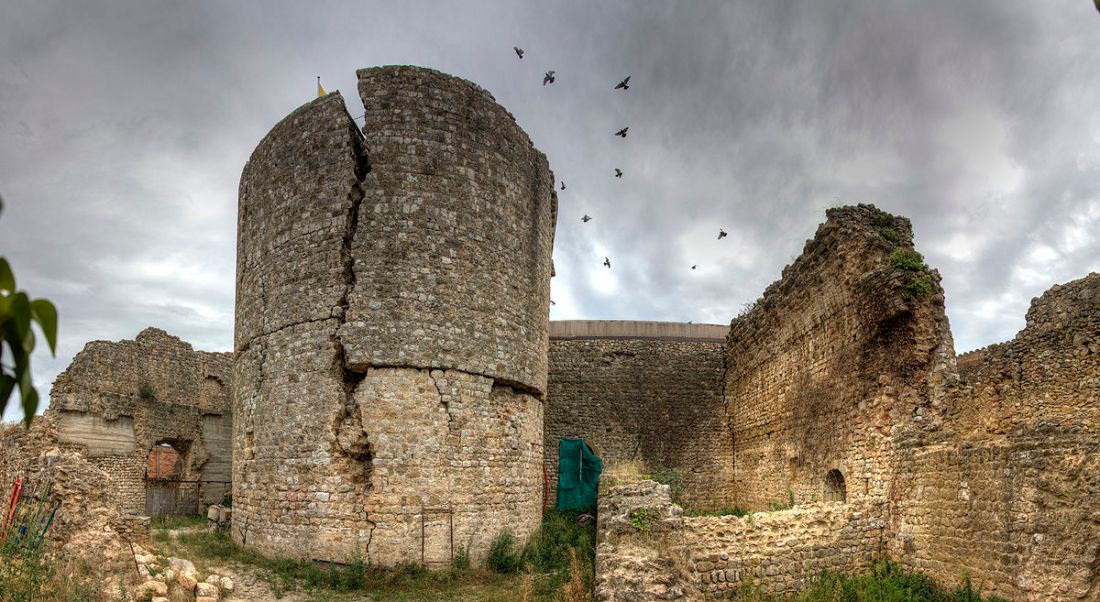 Estruch’s methods seem to have been less than charitable, as the tale then goes on to describe an orgy of blood-letting, torture, witch-hunting, executions, and burnings; he certainly seemed to have preferred the sword to merely spreading ‘the good word’. Having murdered, raped and tortured his way around the region, even his soldiers seemed to tire of his antics, and one of them (a chap named Benach) poisoned him. Another version of the tale alleges that the Count died from a curse offered up on the dying breath of a witch he had tortured and burnt to death. Either way, Estruch died in an uncomfortable circumstance, and not undeservedly, in 1173, and he did not receive a Christian burial as his body mysteriously disappeared from the castle the night before the funeral.

Some days after, several cows were strangely killed in the night, and locals said that when they were found they had been drained of all blood, and some were terribly mutilated, with their bowels torn out, and hearts lying shredded on the grass. The servants of the castle reported that the Count could be seen walking at night through the corridors and rooms, looking as if he were a young man again, strangely rejuvenated. Estruch also took to lurking in the local village, murdering young men and drinking their blood, as well as abducting young women. When these women were returned to the village, they would always be pregnant, but after nine months the child would emerge either stillborn as hideously deformed.

There are two candidates in the various versions of this tale for who bravely drove a stake through the Count’s heart, after locating his hidden coffin; a Jewish hermit, who used ancient rites derived from the Kabbalah, and an old nun. Strangely, it is never recorded as a local villager, whom one would think would have ample reason for doing just such a thing!

What is particularly noteworthy about this story, apart from the fact that it seems to be Europe’s oldest cohesive vampire myth, is that the legend persisted in local folklore through mothers warning their children about the Count (presumably if they were poorly behaved), and women whose children were stillborn were said to have been seduced by the Count (this seems rather unfair, compounding a rather tragic event with a reputation for undead affairs, but peasant life is not known for its charity!).

There is an interesting suggestion (not my own) that the legend derives from a confused memory of Cathar persecution in Catalonia, many of which were indeed convicted and burnt as heretics in Occitania during the Albigensian crusade, and equally many fled to Spain, in particular to Catalonia which, like Occitania previously, had a more tolerant attitude to ‘spiritual deviance’. Who knows what other legacies this mysterious group may have left in the area?